Asimov Class is a type of commercial starliner produced by the Earth Alliance Barfingle's Manufactory located at Earth.[1][2]

All Asimov Class liners have a rotating habitat area. The command decks and shuttle bays do not have artificial gravity. While most Asimovs are used for comfortable transportation, some are used just for cargo, especially when cargo may need to be under gravity for long durations. Prior to the outbreak of the Telepath War, the Psi Corps had secretly modified several starliners to serve as Motherships, spending most of their time in hyperspace, ferrying missions back and forth.[3][1] While the class was only designed to carry 300 passengers, when pushed to absolute capacity an Asimov can carry as many as 2000, though under extremely cramped conditions.[4] 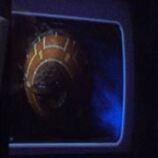