In 2260 a facsimile of the Royal Palace's interior was built on Narn as a surprise for Emperor Cartagia.[1]

Some time after 2262, by order of Emperor Mollari II almost all the windows in the palace were bordered up so that he would not have to see the devastation outside unprepared. Despite this, Mollari would spend most of his time in his throne room with the single uncovered window, gazing out across the burning ruins of the capital.[2] 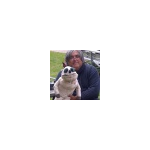