The EAS Medusa is an Earthforce Omega class destroyer. 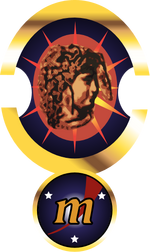 In 2267, the Medusa and the EAS Orion oversaw the mining operation on Regula IV. Captain Daniels was commanding officer at that time. The Medusa sent out a request for help, and the Excalibur responded.

The Medusa sent down an assault team after the miners were captured by the Regulan colonists, which was captured as well.

After the Excalibur destroyed the mine, Captain Daniels agreed to relocate the mine with the help of the colonists away from the main settlements. [3]