Edit
watch 01:55
Cobra Kai Season 4 - The Loop
Do you like this video?
Play Sound 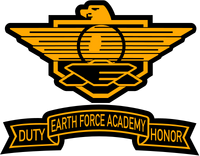 Battle of the Line Medal[]