President of the Earth Alliance

Vice President of the Earth Alliance

The Earth Alliance Central Government, more commonly referred to as Earthgov or Earth Central, was the central government of the Earth Alliance, founded in 2085 after the end of World War 3 with headquarters at Earthdome in Geneva, Switzerland.[1]

The Earth Alliance is a Multi-Tiered Democratic Republic and is governed as a whole through a balance of power between a regionally elected representative body called the Senate, a President elected by the Alliance population as a whole, and a Judicial Branch. Both the Senate and the President have offices in the Earth Alliance Capitol Earthdome, located in Geneva, Switzerland, Earth.[2]

The executive branch of Earthgov is overseen by the EA President who also serves both as the Commander-in-Chief of the military and as the head of state. The President is also responsible for setting foreign policy, is the chief ambassador to other worlds, and can appoint diplomatic envoys to represent Earth policy in its foreign embassies. The President's term of office is five years, with elections taking place in February.[3] In the event that the President is incapacitated or killed the Vice President takes over and is sworn in for the remainder of the current term, after which the former Vice President must stand for re-election.[4]

This took place not once, but twice in the 2258 - 2262 term when President Luis Santiago who beat challenger Marie Crane in the 2258 election was killed when Earthforce One exploded near Io shortly after New Year's, 2259. Then-Vice President William Morgan Clark was sworn in and served until November 2, 2261 at which point he committed suicide rather than face trial and impeachment for arranging Santiago's assassination and the ordering of numerous war crimes. Susanna Luchenko of the Russian Consortium was then elected by the Senate to serve out the remainder of the term of Presidents Santiago and Clark until she was re-elected by popular vote in February 2262.

During President Clark's regime, by instituting sweeping changes across the Earth government, including increasing the judicial powers of the Psi Corps and creating several new institutions that shifted the balance of power dramatically in his favour, Clark caused the Alliance to gradually slide into a totalitarian dictatorship. Among his new institutions were the Ministry of Peace along with its infamous Nightwatch Division (a volunteer paramilitary organization which became the secret police of Clark's New Order), the Ministry of Truth, and the Ministry of Information, which eventually became Clark's propaganda arm, fronted by ISN, which had been forcible put under government control shortly after the Proxima III and Orion VII declarations of independence.[5][6][7][8] This was the culmination of a string of events that began with an incident which involved John Sheridan and an alien ship at Ganymede.

Following Clark's suicide at the close of the Earth Alliance Civil War, many of the changes he instituted were reversed, though some of the involved parties managed to remain in government.[9][10]

The Earth Senate is the Legislative Branch of Earthgov and makes up the central body of the EA government. The Senate is comprised of representatives elected from each of the Earth Alliance member states, such as the Russian Consortium, the Indonesian Consortium, and (from 2262 onwards) the independent colony worlds such as Mars. Alongside these are The Vice President of the Earth Alliance the President of the EA Senate.

Judicial Branch, appointed by the President and confirmed by the Senate, is the Earth Alliance's primary means of arbitration between two or more member countries or crimes involving the death of an EA citizen. Ombudsmen are appointed by the higher courts and are responsible for the districts under their jurisdiction. Above the Ombudsmen are appeals courts where lower courts decisions can be reviewed, after which is Final Appeal, which in serious cases may be heard by the Senate Appeal Board.

Different planets in the Alliance and often different regions on a given planet are governed by semi-autonomous local governments which are usually some variation of Earth Alliance democracy. Some regions of Earth have three or four distinct levels of governments, each with a specific jurisdiction (city, province or region) or purpose.[2] 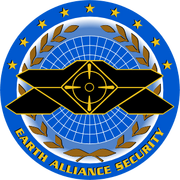 ESI is a civil investigation authority that falls under the direct control of the President of the Earth Alliance.[11]

Cross Jurisdictional civil crime is handled by the EABI which, following the Telepath War, came to include a Metasensory Division.[12]

Referred to internally as "Level-12 Investigations" and by just about everyone else as "the Psi Cops," MetaPol was the Psi Corps' internal police force, responsible for enforcing the laws governing telepaths and while their jurisdiction was limited, they were still duly authorized officers of the law and on matters of planetary security, Earthforce officers were obligated to provide assistance. The Psi Cops' duties mostly concerned unauthorized or illegal scans, tracking down blips, and seeing to it that those telepaths who refused to join the Corps were administered Sleepers.[13][14]

As the name would suggest, all Level-12 Investigations officers were rated P-12's and though all P-12 were automatically assigned to the Psi Cops, the difficulty involved meant that not all who completed the initial training would qualify after being tested in the field.[15][16]

With the end of the Telepath War and the dissolution of the Psi Corps, the responsibilities of the Psi Cops was split between the EABI's new "Metasensory Division" and the "Bureau of Telepath Integration". With the former becoming an integral part of the "normal" criminal investigation apparatus while the latter was essentially an internal affairs organisation tasked with making sure that telepaths were adhering to the new rules. This mostly took the guise of agents by the name of "Mr. Jones" who would periodically perform deep scans on individual teeps in an attempt to uncover any wrongdoings or lapses.[12][17] 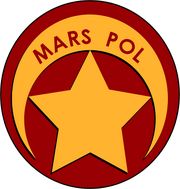 In 2262 when Mars was declared a free and independent state within the Earth Alliance, the Mars Provisional Government gained the right to issue its own passports, currency, official documents and, as the colony was no longer a military governorship, to form its own police force. In 2267, following the Drakh attack of Earth, MarsPol provided security for the Earth Alliance Health Organization's Plague Eradication Management Strategies Mars Conference in Mars Dome One.[18]

The MRA was established by the Earth Alliance in 2117, in an initiative led by Senator Lee Crawford. The stated goal for the organization was to monitor and regulate telepaths for the protection of both telepaths and the "normal" population. The MRA was in theory subject to oversight from the Earth Senate though in practice Senator Crawford was able to use his position to gain power and leverage on several Senators, allowing him to cover for some of the MRA's harsher tactics in controlling telepaths.[19]

Founded April 12 2161 a universal registration and independently chartered Metasensory Regulation Authority, the Psi Corps took the place of its predecessor and was not subject to Senate oversight. The Psi Corps charter called for the appointment of a Director of Psi Corps, a lifetime position originally held by non-telepaths. It also prohibits the endorsement of a political candidate to its members.[4][19] The Psi Corps was disbanded in 2265 following the Telepath War.[17]

Psionic Monitoring Commission and the Bureau of Telepath Integration[]

The Psionic Monitoring Commission and the Bureau of Telepath Integration were instituted to take the place of Psi Corps after it was disbanded following the Telepath War.[12] Under the new reform, telepaths were no longer segregated from the rest of society, forced into choosing between the sleepers or prison nor were they to be indoctrinated from childhood. Instead they were permitted to re-integrate into human society, including service in Earthforce though were still required to follow certain rules regarding their talents and were required to submit to periodic scans from Bureau officials to ensure the new rules were being adhered to. All such Bureau officials were called Mr. Jones.[17] 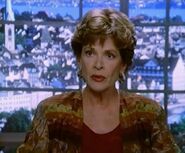