Edgars Industries was the fourth largest mega-corporation in the Earth Alliance headquartered in Mars Dome One. It was the largest pharmaceutical producer on Mars, and had a sizable chemical and biological weapons program contracted with Earthforce.[1]

William Edgars was the owner of the company and perhaps its founder. Under Mr. Edgars, the company enjoyed record profits, however, he led the company into a number of morally questionable undertakings, which included a plan to suppress telepaths with a virus.[1] The company also funded many other "black projects" including a Life Extension research program headed by Robert Bryson.[2] William Edgars died in mid 2261, murdered by Psi Corps. Subsequently ownership of the company passed to Lise Edgars, his wife.[3]

The company had a relatively large number of lobbyists at Earth Dome, about 24 in 2261.[1]

Lise Edgars married Michael Garibaldi in late 2262 and had him take over the day-to-day operations, as she found she had little stomach for the corruption and intrigue rampant in the business. One of Garibaldi's first acts was to replace the corrupt board of directors with people he preferred who had been flagged as "troublemakers" under the old administration.[4][5] Other projects of Edgars Industries under Garibaldi include funding the Victory class destroyers and supporting the Telepath Resistance.[6][7]

Mr Paretti, former spokesperson for the Board of Directors. 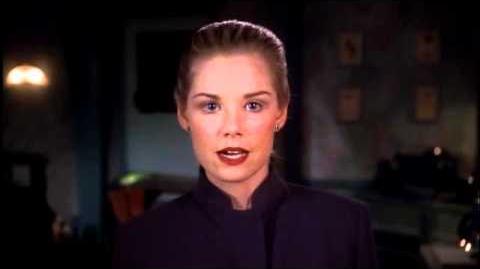 New Board of Directors selected by Michael Garibaldi.

Mr Amestoy and Mr Paretti spaced a woman in their joint past.

Mr Emerson has a blonde girlfriend in Syria Planum while still married to someone else.

The former board of directors.