Emperor of the Centauri Republic 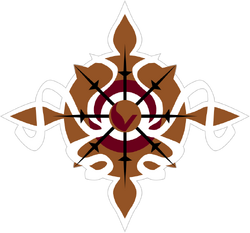 "The Emperor is the soul of the people, the center of this republic. This whole world may perish. The emperor goes on, we go on!"

The Centauri Emperor is the supreme ruler of the Centauri Republic. The position is hereditary in most circumstances, determined either through direct succession or by the prerogative of the previous Emperor.

By tradition the Emperor is the spiritual head of the Centauri religion in addition to serving as the authoritative leader of the government, and is presumed to act for the good of the 40 billion subjects of the Centauri Republic and for the glory of the Empire. The actual day to day business of running the republic is mostly handled by the Centaurum, which officially only acts in an advisory capacity to the Emperor and his Royal Court, and in theory has no power of law and can only override the Emperor with a three quarter majority vote by its members.

However, the handling of the day to day business of the empire by the Centaurum suggests that the role of Emperor is, under normal cercumstances, something of a figurehead. Normally, the Emperor would be succeeded by his son or the nearest male heir when he passes on. In the absence of a clear line of succession the Centaurum may appoint the new Emperor from their ranks or the Emperor himself may chose to designate an heir apparent.[1] Being in line for the throne can often be a dangerous proposition in and of itself as those further down the line of succession are often eager to assassinate even family members in order to bring themselves closer to the throne.[2]

The trappings of office that identify the Emperor include finely embroidered all-white attire, and the golden seal worn around the neck.[3] Several Emperors of the elder days such as Tuscano, Gon and Venzen were posthumously elevated to godhood in the Centauri Pantheon.[4]

†: Emperors who were assassinated.