Excalibur has other uses. Please see Excalibur (disambiguation) for other meanings.

The Excalibur was one of two prototype ships built for the joint Earth/Minbar Destroyer class White Star project.[2] After its sister ship Victory was destroyed, the Excalibur was refitted as a deep-range military research vessel to help search for a cure to the Drakh plague.[3][4]

The vessel was designed in cooperation by the Minbari Federation and the Earth Alliance, using both races' most advanced technology as well as loosely-based Vorlon technology that the Minbari had used in the Whitestar class of ship. By arrangement, Minbar provided the design specifications and materials while Earth handled construction and financed the project in exchange for all of the advanced technical expertise they'd gain. The prototypes themselves were intended to be given to the Anla'Shok as the first in a new fleet of destroyers to bolster the existing White Star fleet.[5]

In its time, the Victory was the most advanced starship built by any of the younger races and features some of the most formidable weapons and defenses seen since the departure of the First Ones. While the secondary weapons are mostly an upgraded version of the fusion beams found on the Whitestars, the Victory's primary guns are an extremely powerful beam which releases a massive energy discharge capable of immense destruction. However the power requirements of the weapon are such that once fired it will shut down most primary systems, except for communications and life support, for a full minute leaving the ship vulnerable until the power reserve can be rebuilt. The defensive systems on this ship are quite capable as the plasteel/crystalline armour is able to deflect/refract over 80% of all the energy directed at the hull. [3]

The ship is propelled by gravitational engines that can accelerate the ship up to .75c and as with Minbari vessels, allows the ship to create an internal gravity field slightly less than 1G which negates the need for rotating sections.[6][3] 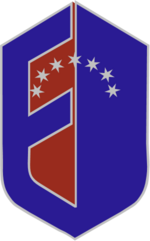 Battle To Save Earth[]

Built alongside its sister ship at a shipyard overseen by Michael Garibaldi and Samuel Drake the Excalibur was the culmination of a joint ISA/EA project to produce a Destroyer class White Star. In late 2266, President John Sheridan took a tour of the nearly complete Excalibur. During the shakedown cruise, the Excalibur suffered engine troubles, but was towed by twelve crew shuttles to the weapons test range.

The Excalibur was heavily damaged at the Drakh attack of Earth, and witnessed the Drakh releasing a plague in the atmosphere of Earth. Afterward, the Excalibur went to Babylon 5 and was repaired with research labs added to help find a cure for the Drakh plague.[3]

Shortly after the plague was released, ISA President John Sheridan loaned the ship to the Earth Alliance to be converted into a travelling research centre for a joint mission to find a cure for the Drakh plague somewhere in uncharted space. The mission was co-sponsored by Earthgov, Interplanetary Expeditions, the Earth Alliance Health Organization and the Interstellar Alliance with support from the Anla'shok. By March 2267, the Excalibur crew were able to develop an anti-virus which could allow people to walk among those who are infected for up to 48 hours.[7] The Excalibur was eventually successful in stopping the Drakh plague and by 2271, it had been completely eradicated.[8][9]

The Victory and the Excalibur in the shipyard

The Excalibur at the Battle of Earth

The Excalibur in refit over Babylon 5.

The Excalibur firing its level 2 weapon.