Fleet Captain Lennan was a Minbari of the Religious Caste.

In 2260, he led a small fleet of Minbari cruisers along with White Star 1 to defend Babylon 5 from Earthforce ships attempting to seize control of the station. When he later visited the station, he was captured by Nightwatch member Boggs, along with Delenn and Lennan's aide. The aide was executed in an effort to make sure the command staff took seriously the kidnappers' demand that the Minbari ships cease protecting the station. Lennan and Delenn were subsequently rescued by the station's security personnel.[1] 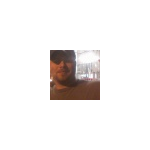