Start a Wiki
This article is a stub. You can help the The Babylon Project by expanding it.

A Life pod is a small short-ranged craft carried aboard most large ships and are used as a means for the crew to escape in times of emergency.

Most are meant only for short duration use while waiting to be picked up by a friendly ship and are only equipped with three to five days of air, food, and water.[1][2]

The Valen used a large number of small, one person escape pods.[3]

The survival pods carried aboard Streib cruisers can support at least two individuals. [4]

Used by an unknown race aboard a starship known as the Qal’Thaa that was shot down over Theta 49 around the time of the First Shadow War.[5]

B5 forces closing on a Life Pod 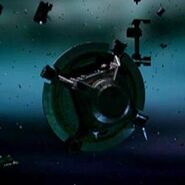 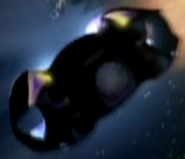 Marcus Cole and Commander Ivanova escape the destruction of the White Star 2.
Add a photo to this gallery

Retrieved from "https://babylon5.fandom.com/wiki/Life_pod?oldid=65035"
Community content is available under CC-BY-SA unless otherwise noted.