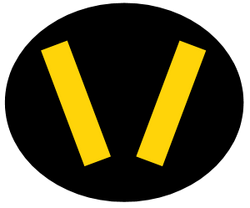 The Ministry of Peace (abbreviated Mini-Pax) was an Earth Alliance ministry created by the Morgan Clark administration. Its supposed goals were to promote internal security and safety, and to create peace between Humans and other races.[1] This latter goal was realized through the conclusion of a non-aggression treaty with the Centauri Republic in 2259.[2] Behind these public objectives, the ministry was a propaganda instrument for the fascist policies of President Clark.

This article is a stub. You can help the The Babylon Project by expanding it.
Retrieved from "https://babylon5.fandom.com/wiki/Ministry_of_Peace?oldid=66332"
Community content is available under CC-BY-SA unless otherwise noted.