The Queen Fleets were the personal armadas of the High Queens of the Gaim Intelligence.

When the Gaim first started to go out into the stars, they built a space fleet of space hulls that were claimed, purchased, and rebuilt from other races. Many of them had been acquired through peace treaties and economic deals throughout the League of Non-Aligned Worlds, and a few came via disenfranchised Centauri houses that came out worst during the Centauri ejection from the Narn homeworld. The vast majority of the first Gaim fleet was destroyed during the Shadow War of 2261, when Captain Sheridan requested the assistance of the League. At the end of the war, only a handful of Gaim ships remained which forced the High Queens to accelerate production of their own fleets.

In the aftermath of the Drakh attack on Earth in 2266, when one of their Hive Queens was killed during her visit to Earth, the Gaim Intelligence decided on a new course for their race. Several of their High Queens would be on board colossal floating hives, each surrounded by a Queen fleet. Upon the completion of the fleets, only three of the six High Queens would remain on their homeworld at any given time. Meanwhile the other three High Queens would board the enormous Queen ships and travel to the corners of the galaxy.

In the Queen Fleets, each section contained either a High Queen or one of their Young daughters. As the fleets carried with them irreplaceable assets, each of the fleets were massive and powerful. The Gaim incorporated into their newly designed vessels everything they learned from the old second-hand vessels, and liberally mixed it with their natural construction instincts. Every ship was built with layers of tunnel-like corridors and higher than standard artificial gravity. To help the Drones' mobility, resin covered most of the surfaces. Protein pools to recycle casualties existed in even the smallest ships. Queen fleets were more than capable of dealing with most foes.

The Gaim Queen Fleets had a secret mission, one that the Gaim managed to keep secret from the other races for a while. Upon the death of Queen Lanata of the Hexad Hive on Earth, the Gaim of her bloodline had their connection to the hive mind severed. Lanation Gaim throughout the galaxy began to go mad, posing a danger to themselves and others. The mission of the fleets was to find those of the Lanatian bloodline and exterminate them. Eventually the other races learned of their secret mission but did not interfere, as it was an internal matter among the Gaim. The last Lanation Gaim was located and dissolved in 2282.

The Gaim space fleet consists of a hodgepodge of various ship classes that were purchased or acquired by other means from various races. Most of the fleet's cruisers are older Centauri hulls, that the Centauri supplied the Gaim with so they could resist the Narn, in addition to getting rid of what they considered junk. The Gaim also possess Markab ships, which were either purchased on the open market or were discovered in deep space in their explorations. In addition they have a few other miscellaneous ships, including refitted exploration vessels and converted Brakiri freighters. Many of the ships have been so heavily modified that the vessels no longer resemble their original design.

The most powerful weapons in the Gaim arsenal are thermonuclear weapons, flattened cylinders which are one to two meters in length. Weapons with yields in the range of five hundred to six hundred megatons, which can be remotely detonated by a device the size of a suitcase. The Army of Light used several of these weapons during the Second Shadow War, one by Captain Sheridan in his attack on Z'ha'dum and the others when they booby trapped an asteroid field during the Battle of Coriana VI.[1][2] 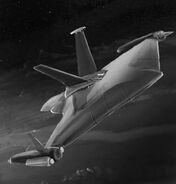 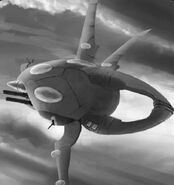 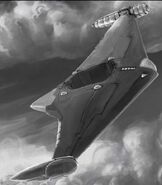 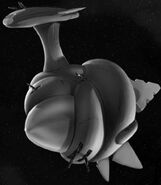 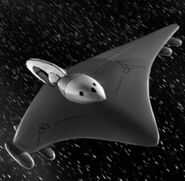 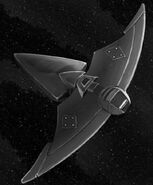