The Babylon Project
Register
Don't have an account?
Sign In
Advertisement
in: Real people, Performers, Main Cast, Beyond The Rim 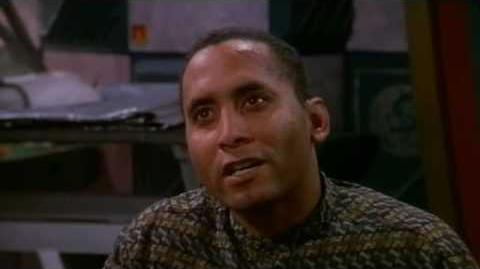 Richard James "Rick" Biggs II (March 18, 1960 – May 22, 2004) was an American television and stage actor, best known for his roles on the television series Days of our Lives and Babylon 5.

Born in Columbus, Ohio, Biggs attended the University of Southern California on scholarship, studying theatre. He briefly taught at a Los Angeles high school before landing his first major television role, that of Dr. Marcus Hunter on the soap opera Days of our Lives.

Biggs was diagnosed with hearing problems when he was 13, and was partially deaf in one ear, completely deaf in the other. He frequently used his celebrity status to raise money for the Aliso Academy, a private school in Rancho Santa Margarita, California that served deaf children.

At the age of 44, he suddenly collapsed at home. He was taken to hospital, where he died as a result of a tear in his aorta.