Taste of it. Taste of the future. Of Death. And of Life. And of the Great Void that lies between. Through this act, may Death be destroyed.Rathenn

Sha'neyat is a potent liquid, of great symbolic significance to the Minbari. The word "Sha 'neyat" loosely translates into English as "death destroyer".[1]

It is made by distilling a combination of flowers, fruits, and grains, and is used only in certain specific religious ceremonies which under normal circumstances only Minbari are permitted to partake in, one of which is the ceremony to install the Entil'Zha of the Anla'Shok. This presented a problem when it came time to install Jeffrey Sinclair as the Rangers' new leader and the Anla'Shok doctors discovered that sha'neyat is a deadly poison to Humans.

Despite this, Satai Neroon vehemently insisted over Satai Rathenn's protests that if the ceremony was to be carried out at all, it must be strictly according to tradition, which included consuming sha'neyat. Sinclair eventually agreed to consume a mere sip instead of a full cup, as its relevance to the ceremony was that he "taste of it", a compromise which Neroon accepted. However, even after being administered an antidote, this small amount was sufficient to cause Sinclair great distress and illness, causing him to be bedridden with fever for the following three days and nights. He described the taste as "like molten lava". 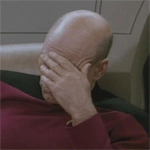