The Babylon Project
Register
Don't have an account?
Sign In
Advertisement
in: Organizations, Shadow servants and agents, Shadow technology 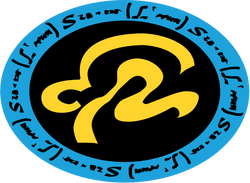 "Do not try the patience of wizards, for they are subtle and quick to anger."

Techno-mages are an order of beings from many races, who use advanced science to create the illusion of magic.[1]

The technology the techno-mages use consists of bio-technological implants. The process of installing the implants and adjusting to them is excruciatingly painful. The presence of these implants means that techno-mages are effectively cyborgs.

A techno-mage may choose to establish a "place of power" for themselves, such as a particular planet. In doing so, they develop a strong connection with that place, and to some extent, a dependency on that connection.

Every techno-mage was taught and sponsored by an older techno-mage, being fully initiated after a long period of apprenticeship. The two most common ways of gaining an apprentice are simply by having a child or by adopting children whose biological parents owe the techno-mage favors.

The Shadows created the techno-mages' technology and originally had plans to turn them into warriors of chaos and destruction. This was first done on a younger race of similar age to the Minbari, called the Taratimude, who eventually became extinct, but not before rebelling against the Shadows and spreading the techno-mage order to other races. The order was formed by a Taratimude named Wierden.

At some undisclosed time before 2267 an unnamed techno-mage arrived on an unnamed planet. This techno-mage built a huge computer core and transmitter and created a nano-virus that caused the population to kill each other. Embarrassed by this, the techno-mages who knew of this atrocity told their order to never land on this planet.[2]

By Earth year 2259, sensing that the Shadows would soon arise, the techno-mage order decided to leave known space for an unknown hiding place. On their way, they gathered at Babylon 5, which allowed Captain Sheridan to learn about them.[1] By 2267 they were still in hiding.[3]

"We are dreamers, shapers, singers, and makers. We study the mysteries of laser and circuit, crystal and scanner, holographic demons and invocations of equations. These are the tools we employ, and we know many things."

Techno-mages employ techno-magic, the use of advanced technology in such a way that it resembles magic. They effect this by utilizing their abilities such that an outside observer cannot comprehend how they were able to, similar to stage magic or illusions.

The Circle is the governing body of the techno-mages, and usually consists of 5 members. Wierden was a member of the first Circle, and until Kell's resignation there was always a techno-mage of her line in the Circle.

Circa 2259 the Circle consisted of:

Kell resigned and the Circle suffered losses in their conflict with the Shadows.