The Fall of Night

The command staff are caught in a conundrum when Sheridan agrees to give sanctuary to a Narn warship fleeing the war zone, at the same time that Earthgov attempts to placate the increasingly aggressive Centauri Republic. The Nightwatch begins to expand their influence on the station.

Captain Sheridan oversees a Zeta Squadron Starfury training run. Warren Keffer made a mistake and Sheridan makes a point of it. He also remarks that some non-humans can withstand G-forces better than humans and it is worth it to get out of the line of fire if alien craft get a better bead on them. The Sentri class fighter allows the pilot to temporarily black-out, while the AI completes a physically straining combat manuever.

On Babylon 5, Lennier has quick words with Vir Cotto at a bar, both commiserating at being left out of the loop as ambassadorial attachees, mentioning the worrysome nature of it. They agree to reconvene the same time tomorrow.

After the training run, Captain Sheridan entertains a joint session with the Drazi and Pak'ma'ra representatives seeking aid from Centauri aggression, as they occupy planets at the fringes of both Narn and their space. The Drazi states that Earth Alliance is also at risk of facing border skirmishes.

Sheridan confronts Ambassador Londo Mollari over the aggressive actions of Centauri "military presence" but Londo acts offended and pushes back stating that his authority ends at Babylon 5, and that he should beware of getting involved. Sheridan seeks Garibaldi's advice as he is Mollari's 'closest friend'. Garibaldi states that Londo views the situation as riding a wild horse; holding onto the horse to avoid the risk of being thrown off. As long as Londo is afraid of the political conflict that is occuring, he will adhere to the Centauri Republic's policy of invasion. They are interrupted by the arrival of Frederick Lantze from the Ministry of Peace. Sheridan and Ivanova greet Lantze who is here to investigate the Centauri. Lantze also introduces Welles, his co-director in charge of the Nightwatch.

Meanwhile, Starfury pilots suiting down from off-station duty discuss the appearance of "the ghost", a spidery form in space. Lt. Keffer approaches a veteran pilot, Mitch Harvey, to inquire about the ghost – saying that he saw it too, and that it killed Commander Galus. Harvey initially tries to leave, dismissing Keffer as serious, but it's soon apparent he is. He advises Keffer not to go out trying to find it.

Ivanova comes to pick up Lantze at his quarters, who regales her of tales of Earth and family. In C&C, a Narn Heavy Cruiser is detected by their sensors. Sheridan hails them, and receiving a reply, revealing that they had been on deep space patrol when the Centauri invasion of the Narn Homeworld begun, and have been on the run since. They ask for sanctuary on Babylon 5.

Welles visits Ivanova in her quarters. He praises her record, and attempts to establish cooperation from her on behalf of the Nightwatch, in return for her own command of an Earthforce warship. She rejects his proposal, in the name of loyalty and the ideals of the Earth Alliance. He leaves, but leave the offer open of consideration. In the C&C, G'Kar is delighted to learn from Sheridan that they will render assistance to the heavy cruiser and as well as likely to extend sanctuary to them.

Welles meets members of the Nightwatch onboard "informally", but singles out Zack Allan for not submitting any reports. He hints that even thoughts could be seditious and it was up to the administration to determine it. Allan admits there was a complaint but not that it was anything serious. Welles presses him, noting the reports others submitted may seem inconsequential but, to Welles, could be significant grievances of others. Allan is clearly uncomfortable acting like this, but Welles forgives it, saying he shows promise.

Harvey later returns to Keffer with a data crystal of sensor recordings of the ghost, hinting that it gives away a neutrino emission signature, but refuses to get further involved.

Ivanova and Lantze complete speaking to the representatives of the League of Non-Aligned Worlds when G'Kar finds them in the corridors. G'Kar seeks an audience, but Lantze shrugs off his request as trivial.

In C&C, Sheridan assures the captain of the Narn cruiser that they will be protected while at the station, prompting the captain to comply with turning of their engines for repairs. Lantze enters C&C, asking Sheridan to stop conducting fighter exercises and drills against Centauri combat tactics. Ivanova is surprised at this line, and asks about his real purpose. He reveals that his investigation of the situation in order to sign a Non-Aggression Treaty with the Centauri has proven satisfactory – and that a Human-Centauri alliance will be signed before he leaves.

Meanwhile, Ivanova visits Sheridan in his quarters and presents him with a Christmas gift - a piece of shrapnel from the Black Star. They are interrupted by a call from Ambassador Mollari, who has learned of the Narn heavy cruiser and demands its surrender into Centauri custody. Ivanova believes Welles might have something to do with it. They rush to C&C to inform the Narn cruiser that the Centauri are now aware of their presence. As Sheridan does so, a Centauri battle cruiser jumps in, and Sheridan orders Zeta squadron to protect the Narn Cruiser by surrounding it. Just then, Lantze barges in to berate the captain for jeopardising the incipient Human-Centauri non-aggression pact, but Sheridan notes it's not in effect yet and asks him to be escorted out of the C&C. Sheridan then warns Ambassador Mollari that he has extended sanctuary to the Narn cruiser and will be escorting it out of Babylon 5 space, also mentioning it to no longer be a business of Babylon 5 once they have jumped. A copy of his transmission with Mollari is sent to the Centauri cruiser and the station's defense grid is activated. After a tense intermission, the Centauri open fire and an intense, but brief, skirmish commences. Zeta Squadron and the guns of Babylon 5 return fire, giving time for the Narn ship to escape through the jumpgate. The Centauri cruiser overwhelms the station's interceptors and sheers off one of the cargo stabilizers, forcing Sheridan to order a full-out engagement against the attacking cruiser.

The Centauri cruiser is critically damaged by the defense grid attack of Babylon 5 and Zeta Squadron as the Narn cruiser leaves the battlefield. Before they can scramble medical ships to the crippled cruiser, Sheridan watches in horror as the cruiser explodes from the damage sustained in the fight.

Lantze and Welles confront Sheridan for destroying a Centauri ship, relaying the Centauri furious reaction to the cruiser's destruction. Sheridan defends his actions as the Centauri fired first and states he has an obligation to protect the station, and the causes for rendering assistance to the Narn cruiser, citing General Order 47 to assist any vessel not in direct conflict with Earthforce. Lantze counters that his actions provoked the Centauri, accusing him and Babylon 5 of moving from neutrality to a pro-Narn position. Welles intervenes just then, saying that the Joint Chiefs support Sheridan's actions as proper, but also points out that they should have been informed of the sanctuary request immediately, which could have enabled them to avoid the escalation, leading up to the incident, but Sheridan rejects the idea of Centauri co-operation. Lantze says that the Centauri are willing to accept an apology in exchange for the loss of the Primus class battlecruiser, but Sheridan initially opposes it. Then, Welles threatens to replace him if he doesn't do it in a meeting with various ambassadors due in an hour.

Sheridan changes to his formal uniform and practices his apology speech but relishes the thought of admitting his pride in his actions, prompting him to accuse the Centauri of their own faults in the incident. Meanwhile, at the Ambassadorial meeting in Hydroponics, Ivanova spots a hiding G'Kar who wishes to publicly express his support for Sheridan.

Lt. Keffer, meanwhile, is in space looking for the ghost and its neutrino emissions. Finally, he sights the Shadow Vessel. He begins recording it. He attaches a homing beacon to the recording and ejects it before the Shadow ship fires on his Starfury, destroying it.

While on the public shuttle to the meeting, Sheridan spots a bomb on the train after a Centauri recently has gone off. He is quick enough to activate the emergency override on the doors to jump out over hydroponics. The ambassadors watch in horror overhead as he falls, and Delenn begs Kosh to act. Kosh exits from his encounter suit, emerging as a glowing angel (perceived accordingly to their mythos), catches the falling Sheridan and safely returns him to ground.

Sheridan is later recovering in his quarters, when Delenn enters to check up on him. He expresses that everyone has been talking about the incident perceiving Kosh as a being of light. Delenn reveals that the Vorlons have been guiding the various younger races as angels, but warns that Kosh's actions may have gained the unwanted attention of the Shadows.

Elsewhere at the bar, a Drazi asks Ambassador Mollari about what he saw, to which he replies nothing and walks away.

A few days later, the signing of the Earth Alliance-Centauri Non-Aggression Treaty is announced, and leaving the Centauri to further expand their "presence" across space. Allan witnesses the shopkeeper being arrested for allegations of sedition and the shopfront is closed by decree of the Nightwatch. Finally, Keffer's homing beacon is found by ISN, publicly revealing the existence of the Shadows to the broader galaxy.

Before I leave here, there will be an Earth-Centauri alliance that will guarantee peace for Earth. We will, at last know peace in our time.Frederick Lantze

Apologize for doing my job, like hellCaptain Sheridan to Mr. Lantze

I apologize. I'm…sorry. I'm sorry we had to defend ourselves against an unwarranted attack. I'm sorry that your crew was stupid enough to fire on a station filled with a quarter million civilians, including your own people. And I'm sorry I waited as long as I did before I blew them all straight to hell! As with everything else, it's the thought that counts.Captain John Sheridan, practicing his "apology" in the mirror

This episode, along with the other 21 from Season 2 have been released on DVD with extensive Special features. 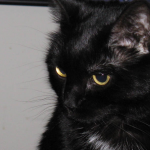