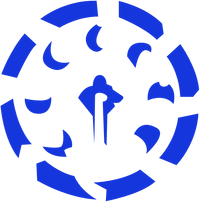 The Thieves Guild is a criminal organization made up of master thieves and crooks.[1]

Due to their secrecy, the history of the organization is a complete mystery but it seems that they've been in existence for some time, and have branches practically everywhere from Praxis IX to Babylon 5.[2] They deal in petty theft, con jobs, pick pocketing, black marketeering, rigged games and barter but never in violence and murder because they believe it leads to exposure, as does members coming to the aid of other members when and if they are captured by the authorities. They are also expected not to betray the organization to the authorities, nor to interfere with the activities of other members. The hierarchal structure seems to be a loose association of people organized into cells headed by one person, and who they report to, if they do at all, is not known. This leader-figure verifies the identity and training of those thieves who come to them seeking entry into the local cell. Lesser-ranked thieves are usually expected to pay them ten percent of their plunder in exchange for shelter.

Members are identified by the "mark": a tattoo on their upper-left chest. The mark is also used as a sign left on walls pointing to the location of the group in a particular place.