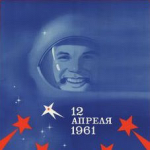 Hi, welcome to The Babylon Project! Thanks for your edit to the Great Burn page.

If you need help, and there are no local admins here, you may want to visit the forums on the Community Central Wiki. You can also check our Staff blog to keep up-to-date with the latest news and events around Wikia.

The claims or statements regarding the Warlock can be found on multiple sites on the net, such as http://www.isnnews.net/warlock/board.html, or the B5TECH Manual, arguably even more accurate than fan Wiki is. Also, the reference to "TWIN GOD LASERS" is in fact correct. The Warlock uses the same weapon that the Earth Defense grid used - also know as the "G.O.D" orbital defense platform. This is indeed fact. Because the Warlock uses the same weapon as the "G.O.D" orbital defense platform, it makes perfect sense to call the Dual lasers fired from the Warlock "Twin GOD lasers" (TWIN standing for Dual lasers, as seen in the Movie "Lost tales"), and "G.O.D" is the reference to the Earth orbital defense grid. Here is a link to the term "G.O.D" from B5TECH MANUAL http://www.b5tech.com/oldb5tech/earthalliance/earthallianceshipsandvessels/earthotherships/godsat.html

The reason that board is valid, even if user based, is because the board is from issnnews.net - which is used as "citations" and references for most of the information on the Warlock. So if issnews.net can be used as citations as seen on the bottom of the Warlock Wiki, then why not it's own official message board? I have edited the Warlock wording, but here is some information anyways:

Here are a few topics, on the very FRONT page, can't miss them. I cannot direct link for some reason.

Topic: Warlock-VCD comparison -argues the power of the Warlock. Some say it's stronger than the Victory some disagree. But it is clear from all of it the Warlock is EXTREMELY powerful. Fact it's being compared to the Victory class is HIGHLY worth noting.

Topic: outclass yea right - someone states the reasons why the Warlock is more powerful than the Victory class destroyer. Has valid points, and is correct in his techincal details of what the Warlock can do.

Topic: Fire power & Armor - first topic on the top of the board, can't miss it. This talks about how an Earth ship can go toe-to-toe with a Minbari ship. Explains how the foward main cannon on a Omega ship can cut a Whitestar in half in under 0.2 seconds, which is faster than a Minbari ship can destroy an Earth ship (approx 1.5 seconds as seen in the episodes). We have seen this in the B5 series itself, with the standard Omega class destroyer killing a Whitestar with a single shot (which was Vorlon AND Minbari Tech), instantly. Also in the battle vs the Advanved destroyers, White-star after white-star after white-star was being destroyed by Earth Omega ships. All in a single shot from an Omega destroyer - completely destroyed a Whitestar. Clearly, this proves that an Earth ship CAN go toe-to-toe with a Minbari ship. ALSO, as seen in the movie "A Call to Arms", the Warlock class destroyer goes through the "shadow death cloud", while being constantly fired upon, and still makes it out alive, destroying many drakh ships in the process. I think that's even more evidence of the Warlocks power, considering it can take on and survive the DRAKH. Also, another thing from the movie itself - the "old earth ships" (Nova, Hyperion) fired on the main Minbari war crusier, COMPLETELY ripped through the hull armor like it was nothing, and killed their leader. So imagine now what Earths new ship, the Omega class or Warlock could do to the same ship - a Sharlin. It's Cannon beams would probably tear directly into it. If the old Earth ships could tear into a Minbari Sharlin and straight through the hull, than Earths newer Omega destroyer's much more powerful Laser would tear into a Minbari ship. And this is the Omega we are talking about, less powerful than the Warlock. So that's more proof an Earth ship can take on a Minbari ship.

One last link, pretty knowledable post, stating that a Warlock can indeed go toe-toe with a Minbari cruiser. Doesn't mean it will win, though. But it states all weapons combined, Warlock has 2.3 times the power-output than all the Sharlins weapons do. It is very unbaised too. It's a quick read, but informative.

As for the "TWIN G.O.D cannons"... In the movie lost tales, it is shown firing it's particle weapons, and it fires TWO particle cannon beams at once. This clip is on youtube if you want the link for it. Which is the exact same particle cannon laser found on the Earth's defense grid (or G.O.D defense grid, as seen on the B5TECH manual link). To further prove it has "Dual" or "twin" beams/lasers, according to Tim Earl's exact quote:

He say the particle beams where "so powerful" that no other ship before could use them, but the Warlock was the FIRST ship to be able to use them, thus, it proves it's firepower. Also, during the movie Call to Arms and the attack of the Drakh, the Drakh, who used Shadow Tech (which is the most powerful tech possible), their ships where destroyed by a SINGLE shot from a Warlock/G.O.D defense grid particle cannon shot. Any ship being destroyed in one shot shows MASSIVE power - but in this case it destroyed even a Drakh ship in just a single shot! Clearly showing the power of the Warlock. It might not have been said in words, but actions can sometimes speak louder than words, and evidence of it's power from the movie should count.

Why couldn't you just leave my page on thereEdit

B5 Fanon Universal Wiki is a piece of crapEdit

Yes I did and its a piece of crap its not the fanon wiki I was looking for its more of a RPG wiki like dungons and Dragons, and its not as upgraded as this one this Wiki has what I need like character and Ship info unlike that piece of crap fanon wiki so can I please redo my page it was really awesome to make. (Dragonboy546 (talk) 04:42, October 21, 2014 (UTC)Dragonboy546)

Did you read the explanation I left on your talk page? I completely explained the reason for the deletion and included links to this wiki's policies and standards, and I believe I did so politely. If I had wished to be rude about it, I wouldn't have spent the time writing to you. Every wiki is a space for certain things, and excludes other things. If you are interested only in posting fan fiction content, have you looked for a B5 fan fiction wiki? -- BlueResistance (talk) 01:54, October 21, 2014 (UTC)

<p /> Hello, Blue Resistance? Somebody apparently shared a photo using my name of a sample page of "Minbari" script. I don't know who shared it, but it was not me. --Hugh.sutherland1 (talk) 21:55, January 6, 2015 (UTC)HughSutherland1

Thank you for your comments. However the editing I do has to fit around my wife, my work and my cats. If I don't get to fix something on another page straight away, I would most certainly do it as soon as I can.B5historyman (talk) 17:08, August 5, 2016 (UTC)

Of course life comes first. No one directly accused you of anything, so don't take it personally. Writing posted to this wiki or any other public wiki is by definition open to user edits that strengthen content, style, grammar, vocabulary, and/or mechanics. Besides, it's impossible to tell whether an editor is aware of an issue and plans to fix it on their own, or if they're just not that good at writing. Just accept it in good faith as part of the shared goal of improving this wiki.

If you don't think that something you're writing is completely ready, you could write and revise it privately on your own device, and post it publicly only when you are fully satisfied with it. -- BlueResistance (talk) 20:34, August 5, 2016 (UTC)

However, if you're specifically referring to the misspelling of "Sterns" on the John Sheridan page, that's something that would take very little time to fix, even for the busiest person. Just do a Ctrl + F (on Windows) or Command + F (on Mac), look for occurrences of "Stearns," and delete the excess "a" in each--no need to read through the whole article. -- BlueResistance (talk) 20:58, August 5, 2016 (UTC)

Adding a new section on Uniforms to Army of Light pageEdit

Hello and good evening. I wanted to ask about adding a new section to an existing article. Specifically, in the Army of Light article, there is no mention of the new uniforms Delenn created for the senior staff following the station's independence. I mean there is a passing mention of this. But, specifics about these uniforms have never been discussed in detail. At least, not that I could find. So, would it be alright if I researched, wrote and inserted this section into the Army of light article????Briguy1978 (talk) 04:30, August 27, 2016 (UTC)

Sure, it would be appropriate. As I recall, the characters don't discuss the uniforms all that much, and official sources have little to say about them. Relying more on photos for the section would probably be the best way to go. -- BlueResistance (talk) 01:58, August 28, 2016 (UTC)

The story where Zack is having his uniform fitted gives the most information about the uniform as Lennier explains the significance of the material used in the centre panel embroidered with Zircha thread B5historyman (talk) 07:57, August 28, 2016 (UTC)

Hey man, just to let you know I apologize about my back and fourth edits on the Stuart Pankin article, I just couldn't make up my mind on if he's 100% a voice over actor or not. I didn't mean to make you mad when you said: "Just make a choice and stick with it!" in the edit summeries when you reverted my edit back. Like I said, I just couldn't make up my mind about the whole situation if he a 100% voice over actor or not. I'm really sorry, I'll try not to let that happen again, I don't wanna upset you again. I apologize. Anthony7470 (talk) 05:12, November 29, 2019 (UTC)

Retrieved from "https://babylon5.fandom.com/wiki/User_talk:BlueResistance?oldid=65655"
Community content is available under CC-BY-SA unless otherwise noted.